In Danger of Living Too Long? Welcome to “Longevity Risk”

In Danger of Living Too Long? Welcome to “Longevity Risk”

For many people, though, the real issue could be having too little money for the amount of life they have.

That’s called “longevity risk” and if there’s one form of risk to your retirement security that you’re underestimating, it’s that. That’s according to a recent report by the Center for Retirement Research, which found that longevity risk is statistically the greatest of the various risks that retirees face—although retirees most commonly perceive “market risk”—the potential for investment losses—as the biggest.

Other risks examined in the study include those of unexpected health expenses, unforeseen needs of family members, and benefit cuts—which it called health risks, family risks and policy risks, respectively.

“Retirees must make decisions based on their beliefs about future events, which are represented by subjective risk distributions. These beliefs often deviate from the distributions in the empirical data,” it said.

A few points for context. First, on the income end: anyone eligible to draw benefits from a program such as Social Security, FERS or CSRS will not completely run out of money no matter how long they live. Not only do those programs pay benefits for life, the benefits are also fully (Social Security and CSRS) or largely (FERS) protected from inflation.

Federal retirees in that sense are relatively well off compared with the private sector, where ever-fewer numbers of employers provide such defined benefit retirement programs such as FERS and CSRS. For many of those employees, Social Security alone constitutes the only source of guaranteed income for life.

Second, on the life expectancy figures: that data tends to be several or more years old by the time it is collected and analyzed. The overall trend for many years has been for more people to live longer—that’s one of the issues underlying Social Security’s long-term financial problem—due to advances in medicine, the shift toward jobs that are less physically dangerous, and other factors.

However, some more recent and less extensive data show that trend stalling or even reversing, for reasons including deaths due to illegal drugs—notably illegal use of opioids and similar compounds—suicide and the effects of higher rates of obesity.

That said, the report cited survey data showing that individuals overall underestimate their chances of living to an advanced age. For example, it said, the average life expectancies for men and women at age 65 in 2020 are 84 and 86 but in surveys the average estimates of personal life expectancy from that age were only 77 for men and 78 for women.

What’s the Market Going to Do?

Regarding market risk, “individuals on average have very pessimistic and larger volatility expectations than the empirical data indicate, and the pattern is stable by gender, age, and survey years.”

For example, majorities in each of four surveys conducted in 2010, 2012, 2014 and 2016 thought that stock markets would be lower rather than higher in the following year, and more thought markets were more likely to be down by 20 percent or more than thought they would be up by 20 percent or more. Estimates of average annual market gains also were below actual results, it said.

It said that after longevity risk, health risk actually is the second largest, and one that is widely underestimated, adding that 70 percent of adults who survive to age 65 will need at least some long-term care services.

Such mismatches could have implications for how retirees manage their financial resources, it said, which is especially important given the increased emphasis in recent years on personal savings for financial security in retirement.

Does that play out in the federal workforce, with its defined benefit retirement programs as an underpinning that many others lack? Yes it does.

For example, look at withdrawal patterns in Thrift Savings Plan accounts. The main options, which can be combined, are to take lump-sums, installment payments or to use some or all of an account to purchase an annuity.

In the annuity option, the designated amount of money is turned over to the annuity provider—which has been MetLife for many years—and which offers various sub-options including survivor benefits, increasing benefits, and others.

But the main advantage of an annuity is that it will pay for life (it also shifts the pressure of managing the money from the individual to the company, also for life). Once money withdrawn in lump-sums or installment payments is spent, it’s gone.

However, the annuity option is by far the least-used of the TSP withdrawal options, chosen by only around 2 percent of account holders.

The TSP does not recommend any of its withdrawal options per se, but it is worth noting that it uses the potential monthly annuity value to help investors understand how much—or little—their accounts will fund their retirement.

Another little-used option available to federal employees is the Federal Long Term Care Insurance Program, which while at the enrollee’s sole cost does come at favorable group rates. As OPM noted in the recently released Federal Employee Benefits Survey, the FLTCIP “continues to be one of the most under-utilized benefit programs available to federal employees, with only eight percent of FEBS participants indicating that they were enrolled . . . Low enrollment in FLTCIP is consistent with industry trends.”

OPM noted that 42 percent of employees said they considered the FLTCIP program important or extremely important to them. That’s in contrast to nearly 100 percent who said that of the TSP and their FERS or CSRS defined benefit.

However, OPM also noted that the number of employees who rate the benefit so highly is more than four times the number of those who actually have enrolled in it.

“The discrepancy in importance ratings vs. reported enrollment is consistent with the nature of the benefit since the future necessity of the program is unknown for most employees . . . Given the need for coverage and the obvious benefits of insuring against this risk, the fact only few Americans are buying long-term care insurance is often referred to as a puzzle,” OPM said.

Well, when putting together a puzzle, it helps to look at the big picture. It seems that some federal employees could benefit from doing that.

For more information about any of our products and services, schedule a meeting today. 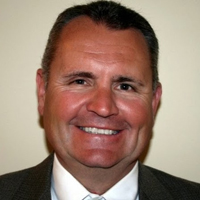 Garry L. Pakozdy is the Sole Proprietor of Chadmere Capital and a Fiduciary Investment Advisor Representative with Foundation Investment Advisors, LLC. Mr. Pakozdy has extensive knowledge of the insurance and investment industry and has passed his Series 65 as well insurance licenses in multiple states. With over 25 years experience in the investment, finance and real estate fields, Mr. Pakozdy has experienced many economic and financial cycles.

Dalila moved to Texas in January 2020.  Dalila joined our team this past tax season and helped Gerry complete 50% more tax returns than the previous year.  Dalila Graduated from Indiana University South Bend in 2016 with a Business Degree.  In the 5 years since her graduation Dalila has honed her skills and brings to our team her professional attitude and remarkable administrative knowledge.

Nathan Sheppard has over 15 years of tax and financial accounting experience. He specializes in financial reporting, analysis, and accounting software implementation. For the past six years, Terry and Nathan have partnered to operate the firm, Hutchens & Sheppard, LLP. Nathan and Terry function as defacto CFOs for small businesses, individuals and families.

They guide all clients in the financial decisions that impact their state, federal and sales taxes, along with ongoing expenses and revenue generation. Their approach establishes the client’s financial net worth at first meeting and then creates a plan to sustain and enhance the client’s financial status. Terry says Hutchens & Sheppard, LLP is, “the foundation that controls the risk and reward factors for their clients”.

Terry Hutchens is a CPA and native Austinite. He spent his first 10 years with two Big Four accounting firms in Houston, Texas. Terry then returned to Austin and has practiced accounting and financial consulting for the past 20 years in Central Texas. For the past six years, Terry and Nathan have partnered to operate the firm, Hutchens & Sheppard, LLP. Nathan and Terry function as defacto CFOs for small businesses, individuals and families.

They guide all clients in the financial decisions that impact their state, federal and sales taxes, along with ongoing expenses and revenue generation. Their approach establishes the client’s financial net worth at first meeting and then creates a plan to sustain and enhance the client’s financial status. Terry says Hutchens & Sheppard, LLP is, “the foundation that controls the risk and reward factors for their clients”.

Parker is attending college and is interning at Senior Tax Advisors so that he can learn the business from his Father and brother.  Parker’s primary goal is to become the Property and Casualty Specialist within the next 6 months.

Lisa Capriotti graduated from Gettysburg College in 2002 and went on to earn a Ph.D. in Chemistry from the University of Delaware. After that, Lisa completed a prestigious post-doctoral fellowship at John Hopkins University in biomedical engineering.

She then served six years in the US Navy where she became a lieutenant. Currently, Dr. Capriotti teaches chemistry part time at The Citidel: The Military College of South Carolina. She also works as an insurance specialist for Senior Tax and Insurance Advisors. Lisa has earned both her Series 7 and her Series 66 licenses and is qualified as a fully-licensed investment advisor.

Jimye is our company’s Financial Records Administrator. She recently retired after successfully completing 24 years of teaching (in Leander ISD and Albuquerque Public Schools). Prior to her teaching career, Jimye was employed as a Tax Auditor for the Internal Revenue Service.

Her formal education credentials include a MA in Educational Administration and a BS in Elementary Education (both earned at The University of New Mexico).

Christy joined the Senior Tax and Insurance Advisors team in January 2018 to return to what she loves most: one-on-one contact with clients. She is responsible for monitoring and tracking all the processes in our office ranging from initial client contact, managing contract submittals, and helping our clients with whatever is needed to ensure their retirement transactions are processed efficiently and effectively.

Gregory first began working in the financial services industry in 1982. He has been with Senior Tax and Insurance Advisors, PLLC since 2005. Gregory spends most of his days meeting with clients and helping them to understand (based on their individual wants and needs) at what age they should request receipt of Social Security benefits so as to maximize their Social Security retirement income.

Gregory’s mission is to make certain all of the clients with whom he meets continue to receive the personalized financial services and support they are seeking from STA.

Lou earned a B.S. degree in Business Administration from George Washington University in 1989. He studied law at the University of Denver earning a Juris Doctor degree in 1993 and a Masters of Laws (LLM) in Taxation in 1994. Mr. Shaff is originally from Roseland, New Jersey, however, he has resided in Plano, Texas for the past 25 years with his wife Jennifer and two sons.

Gregory first began working in the financial services industry in 1982. He has been with Senior Tax and Insurance Advisors, PLLC since 2005. Gregory spends most of his days meeting with clients and helping them to understand (based on their individual wants and needs) at what age they should request receipt of Social Security benefits so as to maximize their Social Security retirement income.

Gregory’s mission is to make certain all of the clients with whom he meets continue to receive the personalized financial services and support they are seeking from STA.